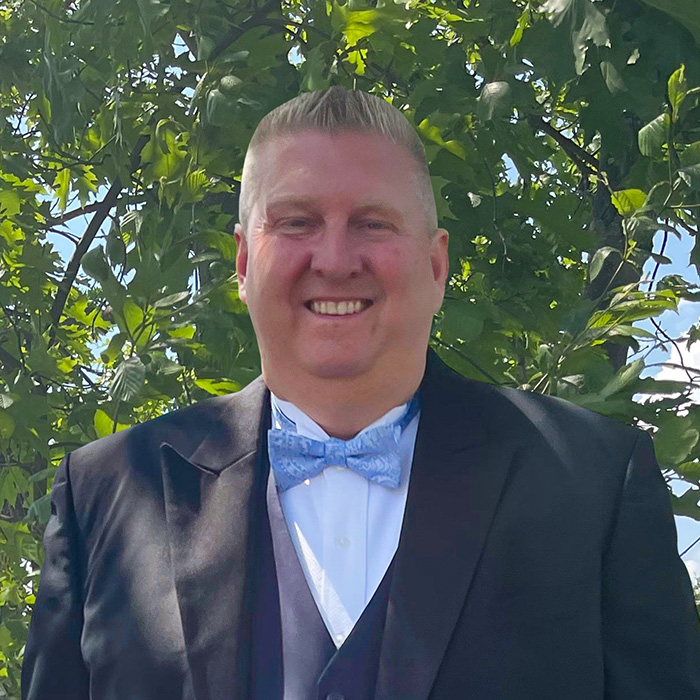 Craig is a fourth generation funeral director. He became the owner of Wilkinson Beane-Simoneau-Paquette in November 2019. He is the oldest son of Russell Beane and a lifelong resident of the Lakes Region. Craig graduated from Laconia High School in 1990, and then continued his education at Canton College in Canton, New York, where he received his Associate's Degree in Mortuary Science in 1992. After serving his apprenticeship, he became a licensed Funeral Director and began working full-time for the family firm in 1993. Craig also has a Crematory Operators License. He is a member, past president, and a Paul Harris Fellow of the Laconia Rotary Club. Craig has one son, Cody, a labradoodle Timber, and a goldendoodle, Governor.

Jordie moved to New Hampshire from Las Vegas, NV, in 2014. She started her journey in the funeral industry in 2016, when she enrolled into FINE Mortuary College, in Norwood, MA. She graduated from FINE Mortuary College in 2019. She became a Licensed Funeral Directory in 2021. She received her Crematory Operators License in 2017. She volunteers weekly at Laconia's St. Vincent DePaul's Food Pantry. In her free time, she enjoys painting, wood burning, finding new places to eat, her cat Beast, and spending time with family. Jordie resides in Laconia.

Curtis is the youngest son of Russell Beane and a fourth generation family member in funeral service. Curtis graduated from Laconia High School in 1995 and attended Mt. Ida College in Newton, MA, where he graduated from in 1998. Curtis received his Crematory Operators License, and since 1998, oversees daily operations at Winnipesaukee River Crematorium. Curtis and his wife, Jessica Paradise Beane, Manager of the Gilford branch of the Bank of New Hampshire, and their two daughters, Addison and Delaney, reside in Gilford.

Cody is the son of Craig Beane, is a fifth generation Beane to work for Wilkinson Beane. Cody is a graduate of Bishop Brady High School in Concord and received his Associate Degree in General Education from NHTI in 2020. Through the National Funeral Directors Association, he received his Crematory Operators License in 2020. Cody is currently attending FINE Mortuary College in Norwood, MA. He resides in Laconia with his girlfriend Madison Wunsch, and their dog Millie. He enjoys snowboarding in the winter and the outdoors in the summer.

Justin graduated from Prospect Mountain High School in Alton, NH, in 2019. He’s been employed with Wilkinson Beane since 2020. He studied Criminal Justice at NHTI, then enrolled into FINE Mortuary College in Norwood, MA. He received his Crematory Operators License in 2022. In his free time, he enjoys flying planes, working on getting his pilot’s license, going fishing, and scuba diving. Justin resides in Alton Bay with his fiancé Naomi and their lab Maple.

Kathryn is a Lakes Region native who started her journey in the funeral industry in 2022. She studied Visual Arts at NHTI-Concord’s Community College and is furthering her education at FINE Mortuary in late 2022. In her free time, she enjoys going out on Jeep trails in her Wrangler, kayaking or fishing. Kathryn resides in Belmont with her two dogs, Smokey, a Shetland Sheppard, and Odin, an Australian Sheppard.

Ted relocated here from Massachusetts and was the former owner of MacRae-Tunnicliffe Funeral Home in Concord, MA. Ted and his wife Linda reside in Laconia.